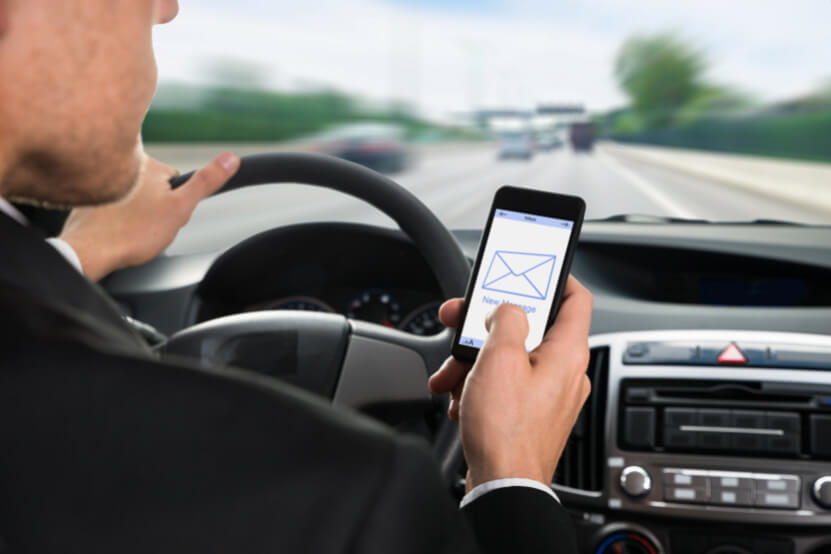 If you think you use your smartphone too often, you’re not alone. According to TIME Magazine, people across the United States check their smartphones nearly 8 billion times each day.

Cell phones can distract drivers from the road. The National Safety Council reports that cell phone use leads to 1.6 million crashes on a yearly basis while texting and driving is six times more likely to cause a crash than drunk driving.

If you have been injured by a distracted or otherwise negligent driver, get in touch with Cox, Cox, Filo, Camel & Wilson in Lake Charles for legal advice. Call 337-436-6611 to schedule a free consultation or contact us online.

There are three types of distracted driving: visual, manual, and cognitive. Texting is all three types, demonstrating just how dangerous it is.

Visual. Visual distractions are the most common and include anything that takes your eyes off the road.

Manual. Manual distractions include anything that requires drivers to take one or more hands off the steering wheel for any reason.

Cognitive. Cognitive distractions include anything that takes a driver’s mind off the road ahead of them. Texting certainly does this, because it redirects the driver’s focus onto the conversation they’re having via text message.

Because texting and driving encompass all three aspects of distracted driving, it’s arguably the most dangerous thing you can do behind the wheel.

Here are some Frequently Asked Questions about texting and driving in the state of Louisiana:

What does the law say about using a cell phone while driving in Louisiana?

Are there any exceptions to this law?

Louisiana’s distracted driving laws contain some exceptions, which include:

What’s the law regarding minors?

Louisiana law prohibits minors from using any wireless device designed to engage in a call or communicate text or data while operating a motor vehicle. This includes text messaging and cell phone use.

What’s the law regarding bus drivers?

For bus drivers, using a cell phone while driving is a primary offense, which means they can be cited even if they did not commit another offense at the time.

Can I get a ticket in Louisiana for texting and driving?

Yes. For a first violation, the motorist may be fined up to $500. A second or subsequent violation carries a 60-day license suspension and will be up to $1,000 in fines. If the violation involves a collision, the fines are doubled.

Can first-time license holders use a cell phone while driving?

Although this law applies to all first-time drivers regardless of age, it does not apply to first time Louisiana license holders if they were legally licensed in another state.

Can I make a call on my cell phone while driving in Louisiana?

Using a hand-held cell phone while driving is not in itself illegal in Louisiana if you’re over the age of 18 and hold a valid driver’s license.

What are “handheld” cell phones?

Almost all mobile phones are designed to be held by hand, of course. However, when a cell phone user employs a hands-free attachment such as a Bluetooth headset, the device is no longer considered a handheld cell phone in terms of distracted driving laws.

How long has it been illegal to text while driving in Louisiana?

Since 2011, it has been illegal to text while driving in Louisiana. This law was given extra impetus in 2016 when legislation came into effect to increase the penalties for this offense.

Why is using my cell phone while driving legal in one state and illegal in another?

There is no national law covering distracted driving for the public. Almost all non-commercial traffic regulations are left to individual states.

If you have been injured in a motor vehicle accident caused by distracted driving, the injury lawyers at Cox, Cox, Filo, Camel & Wilson can help you understand the legal complexities of your case and advise you on the next steps to take. Call 337-436-6611 to schedule a free consultation or contact us online. 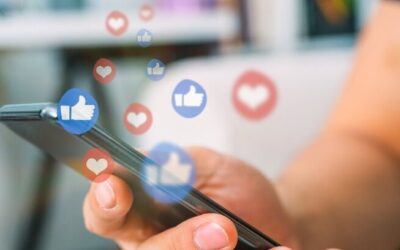 How Social Media Can Hurt Your Injury Case

Social media is a valuable tool that allows people to stay connected with loved ones, meet new people, network with others for their business, share moments in their lives, and...

How Social Media Can Hurt Your Injury Case

Social media is a valuable tool that allows people to stay connected with loved ones, meet new people, network with others for their business, share moments in their lives, and...