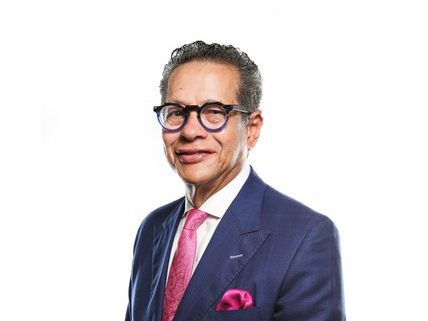 Ulysses Gene Thibodeaux, a graduate of Dartmouth College and Tulane Law School, where he was an Earl Warren Scholar. He formerly served as the Chief Judge of the Third Circuit Court of Appeal. Thibodeaux retired from the judiciary on January 1, 2021, and is now Of Counsel with the Cox, Cox, Filo, Camel & Wilson Law Firm in Lake Charles, Louisiana. He is the past President of The National Council of Chief Judges, an organization consisting of chief judges of the intermediate appellate courts in the United States and its territories. He practiced for seventeen years in New York City and Lake Charles before his election to the Third Circuit in 1992.

Thibodeaux chaired The Task Force on Judicial Independence and co-chaired the Louisiana Supreme Court Task Force on Racial & Ethnic Fairness in the Courts. He is active on several Louisiana State Bar Association committees and has authored several articles on legal topics in various publications. He is the 2012 recipient of the Judge A. Leon Higginbotham Award for Judicial Excellence from the National Bar Association, and the 2009 recipient of the Thurgood Marshall Award from the National Bar Association for serving as an exemplary role model for judges and lawyers. Judge Thibodeaux was inducted into the Tulane Law School Hall of Fame in 2017.

As an attorney, Judge Thibodeaux (Gene) settled and tried thousands of personal injury cases, some of which exceeded $1 million dollars in trucking, maritime, and helicopter crash cases. He was successful in obtaining an acquittal in State of Louisiana v. Emerick Sonnier, a controversial first-degree murder case in Lake Charles and in reversing a death penalty ruling in State of Louisiana v. Joe Lewis Perry. Judge Thibodeaux was co-counsel in Clark v. Edwards, 725 F.Supp 285 (M.D.La. 1988) which resulted in revolutionizing the method by which judges are elected in Louisiana. He has appeared twice before the US Supreme Court in Clark v. Roemer, 500 US 646 (1991) and Bernard v. Gulf Oil, 452 US 89 (1981).

He is a member of the Immaculate Heart of Mary Catholic Church and is married to his wife, Phyllis Dugar Thibodeaux.